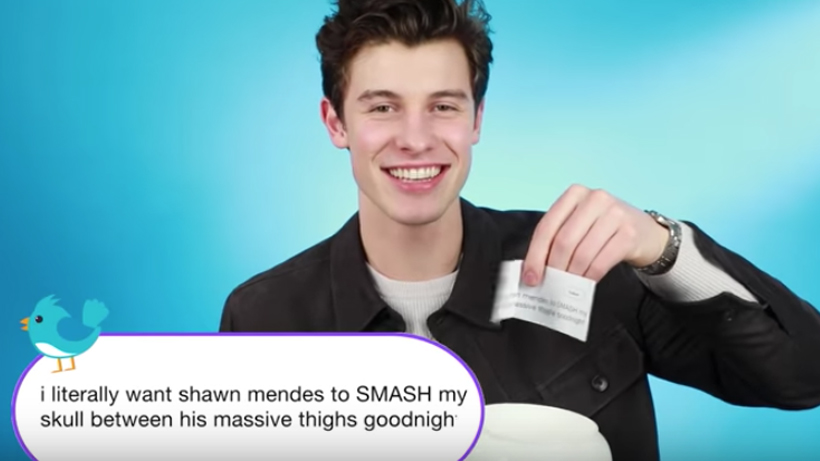 If you aren’t thirsty for Shawn Mendes, then let’s be honest, you haven’t been paying attention.

The 19-year-old Canadian singer is currently in the midst of promoting his third album, Shawn Mendes, and recently stopped by BuzzFeed’s studios to read a bevy of the thirst tweets his fans have written about him on Twitter.

A few notable ones include a note from one fan who said Mendes’ “jaw line [sic] can literally cut me and I’d say thank you.” Another took their thirst a bit further, openly asking, “do u think if i asked nicely that shawn mendes would choke me.”

Amusingly, there were some tweets that himself couldn’t even finish reading out loud, but you can imagine they’re pretty… raunchy.