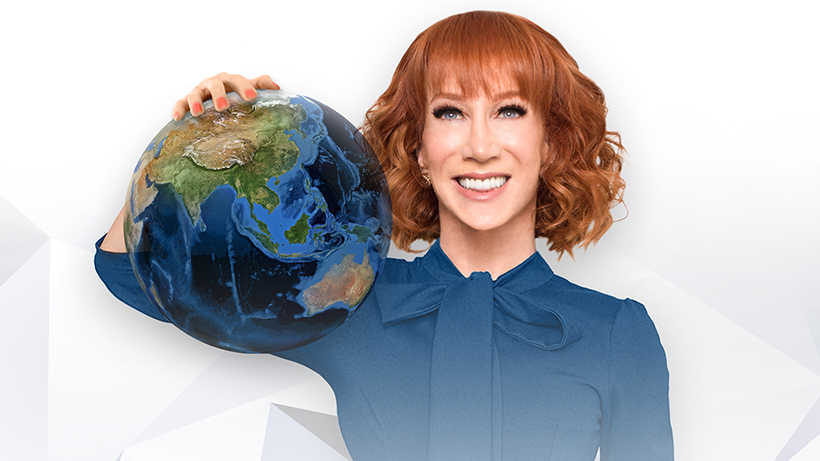 Kathy Griffin is no stranger to controversy, but it was the photo last year that showed the comic holding a Donald Trump mask covered in ketchup that turned her world upside down.

A year later, the Grammy-winner has hit the road on her Laugh Your Head Off world tour, and this time, she’s taking no prisoners.

Griffin spoke with Queerty, who asked why US audiences are ready for her triumphant comeback. “I love this question,” she said. “What changed is fucking true grit on my part. Everybody around me ditched me. Even though I’ve already made millions of dollars for networks and Fortune 500 companies. That was all out the window overnight. Everybody got scared as shit and ran away like cockroaches when the light goes on! So, the one thing that even I can do—even under the specter of an investigation—is I can put myself on the road. If the demand is there, I can do it. It’s one of the rare areas—and it’s one of the reasons I still do so much touring. A) I love it. It’s obviously the most uncensored platform you can have. But, B) it’s not really a system you can age out of. Cause you know, Hollywood is like Menudo; they age you out.

Of course, one of the biggest reasons Griffin’s tour, at the time of the photo, was canceled, was because venues were quick to receive bomb threat calls from what Griffin now calls the “Trump Woodchipper” and not because fans wanted their money back. “When TMZ recorded my tour cancelations in real time—I’m thinking somebody placed a call—it’s not like the customers wanted their money back, it’s that the Trumpers were calling the theaters threatening to kill me or with bomb threats,” she added.

Related | Shawn Mendes hilariously reads fans’ thirsty tweets
But after the photo came out, Griffin admitted that she was a wreck the two days following. “I was constantly sobbing,” she admitted. “And then things kind of started getting on track. Honestly, I got to work. I hunkered down in my house and while all the death threats were coming and while the FBI was calling and saying, ‘You’re a credible threat,’ – it all actually turned into comedy.”

Back the fuck up! @outmagazine – out.com

And when asked about a possible reconciliation with former best friend Anderson Cooper, who deserted the multiple Emmy-winner after the scandal, Griffin was quick to question why someone would want that. “Like why do so many gay people ask me that?” she wondered. “He treated me like shit. Don’t send me back to my main gay who turned on his hag. And by the way, I’m fighting for the right to still say hag. I don’t want to be called a fuckin’ fruit fly! I’ve been in the real fight longer than that guy was out.”

You can read Griffin’s entire interview with Queerty here.