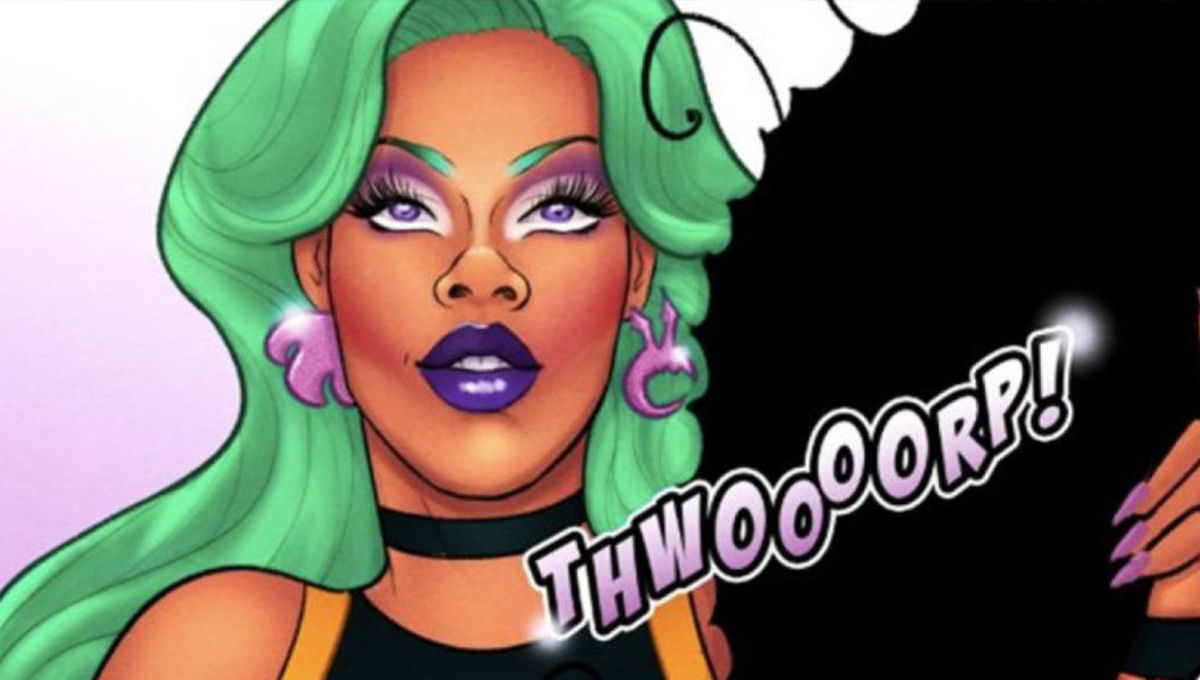 Marvel has just unveiled its first-ever drag queen superhero — Shade. A member of the X-Men, Shade made her debut in last month’s Iceman number 4.

The character, created by openly-gay Marvel Comics writer Sina Grace and artist Nathan Stockman, initially introduced herself by teleporting into the first-ever Mutant Pride Parade to be its master of ceremonies.

In the image below, the green-haired superhero addresses the crowd. “‘Ello, Manhattan! It’s your emcee, Shade, and I got none to throw at Dazzler’s set,” she says, referring to her fellow mutant. “Let’s give her a round of applause.”

Shade’s power allows her to open pocket voids that she can step in and out of with her handheld folding fan. See the image above for an illustrated depiction.

“My goal with this new Iceman series is for everyone, myself, the readers, the characters involved in the comic book, to have fun,” Grace recently told The Advocate regarding the mutant’s unique abilities.

Iceman is presently Marvel’s only monthly series to feature a queer lead character since its debut in 2017. The character came out as queer in 2015.

Regarding the series, Grace said, “I really wanted this series to push readers to new and better stories about the whole queer experience and how it applies to both a mutant and a superhero.”

“ a million different queer perspectives and we’re only scratching the surface,” he added.

You can next see Shade in Iceman issue five (out now) and in X-Men’s: Winter’s End annual issue available February.