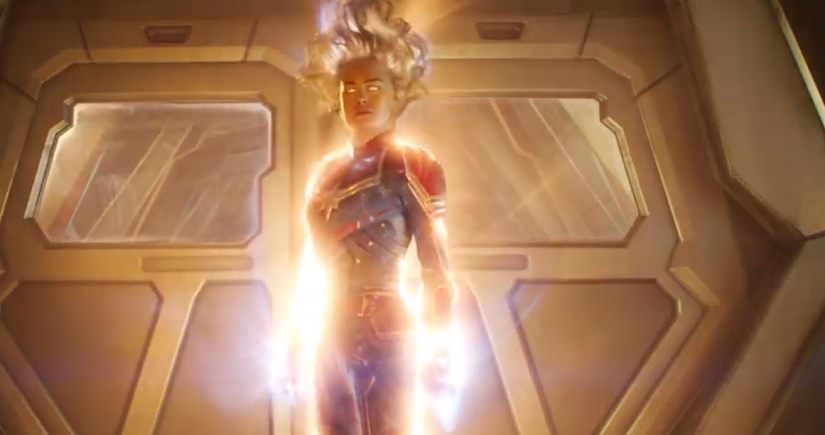 As the titular character, who’s also known by her human name, Carol Danvers, Larson battles intergalactic threats with the kind of power mere Avengers like Captain America or Thor could only dream of having.

She flies through space, she blows things up, all while she’s apparently on fire and pissed the fuck off.

The Hulk could never.

Watch the new trailer for Captain Marvel below:

Everything begins with a hero. Watch the brand new trailer for Marvel Studios’ @CaptainMarvel, in theaters March 8, 2019! pic.twitter.com/ljNWDvndbt

Related | Stan Lee, the Marvel comic-book visionary, has passed away

Marvel’s first female-led superhero film “follows Carol Danvers as she becomes one of the universe’s most powerful heroes when Earth is caught in the middle of a galactic war between two alien races. Set in the 1990s, ‘Captain Marvel’ is an all-new adventure from a previously unseen period in the history of the Marvel Cinematic Universe.”

OMFGay readers: what do you think of the new trailer?

The ‘Avengers: Endgame’ trailer is here and omg Chris Evans

Watch: Ariana Grande’s ‘thank u, next’ music video is here