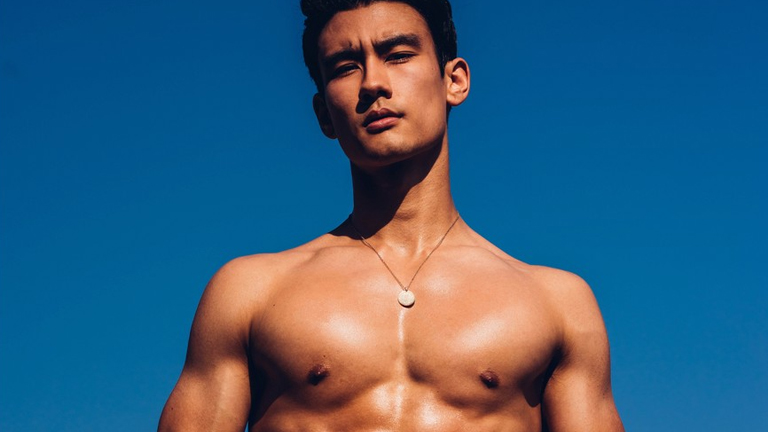 Alex Landi may be saving people’s lives on TV, but he’s giving us a heart attack right now in these pictures from his new photo shoot with Attitude.

The Grey’s Anatomy star appears on the cover of the magazine’s February issue:

Oh, and make sure you check out this behind-the-scenes video he posted to his Instagram. Trust.

But it’s what’s inside the pages that we really care about.

In what can only be described as an act of divine intervention, Landi is both dripping wet and smoldering while lounging in and around an outdoor pool.

The actor, who joined the hit ABC series at the beginning of its 15th season as gay surgeon Dr. Nico Kim, spoke about representation on television, saying that “casting decisions should ultimately be made according to who is ‘best’ for the part.”

As of the show’s midseason finale, his character is tangled up in a relationship with Dr. Levi Schmitt (played by Jake Borelli), a surgical intern who only recently realized he was gay.

“As an actor, I want to do the best job I can in any role, regardless of my own personal sexuality or the character’s,” Landi noted. “I just want to do this role proud for the LGBT+ and the Asian communities.”