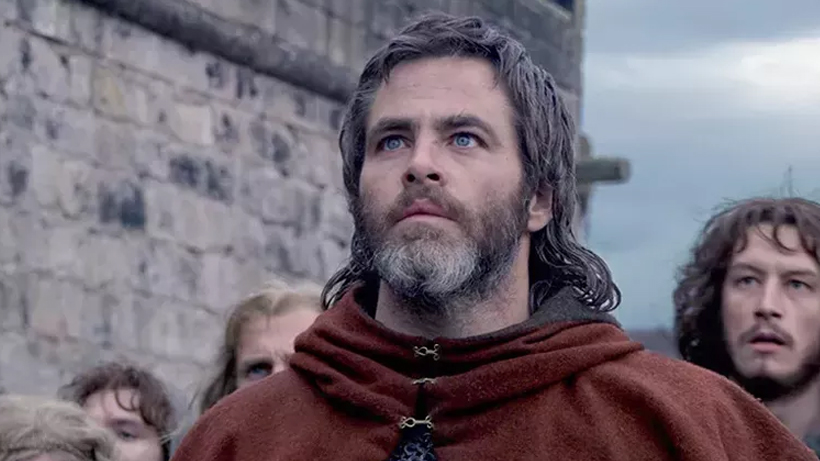 While this year’s Toronto International Film Festival saw a number of memorable performances, none have managed to hold the attention of an audience quite like Chris Pine and his penis in Outlaw King.

It was such a memorable performance that months later, people are still talking about it. Especially now, considering the film is available on Netflix. And while director David Mackenzie edited the film down by 20 minutes since its original premiere, people everywhere are breathing sighs of relief because the most important scenes remained… uncut.

For those unfamiliar, Outlaw King is “The untold, true story of Robert The Bruce who transformed from a defeated nobleman to reluctant King, to outlaw hero over the course of an extraordinary year. Forced into battle in order to save his family, his people and his country from the oppressive English occupation of medieval Scotland, Robert seizes the Scottish crown and rallies a ragtag group of men to face off against the wrath of the world’s strongest army lead by the ferocious King Edward 1 and his volatile son, the Prince of Wales.”

The scenes that feature the main attraction aren’t quite as long as you’d like them to be, but if you’re only here to find out exactly where you need to fast-forward to, have no fear, because we’ve got the answers.

Now, before you get to see the “soldier” in all its glory, you’re going to have to sit through a whole lot more movie – that is, if you’ve watched the movie until this point. If you want to get it over with, jump ahead to 1:27:53.

Stan Lee, the Marvel comic-book visionary, has passed away